Tree breaks apart in Ojai during record heat and drought

June 2013 set the record for scorching heat and drought in many Southwest states including Arizona, Nevada and California. The California drought has reached historic levels. Temperatures reached 128 in Death Valley and 110 in Ojai, CA. On Tuesday, July 2, 2013 a protected 100 year-old oak tree lost a large branch which crashed down onto the family car. No one was hurt in the accident. Kristine Vallen and her dog Cooper look on at the swing where the families young son used to play. It is still attached to the downed branch . It is the second tree on that street to succumb to the extreme weather. (Photos by Victoria Linssen © 2013-2015)
<br? 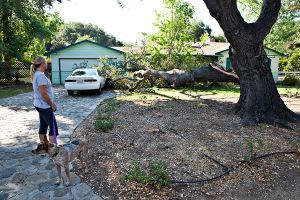 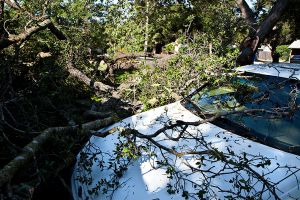 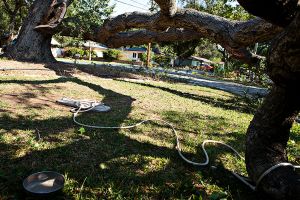