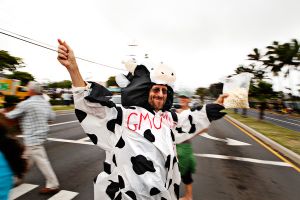 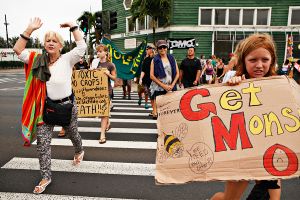 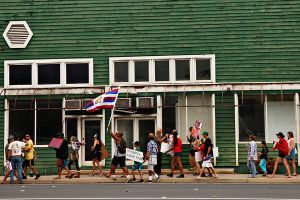 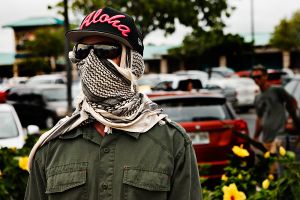 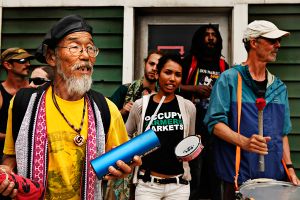 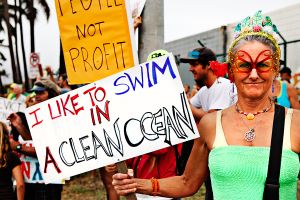 Last month, President Obama stunned American liberals and conservatives alike when he signed the Monsanto Protection Act into law. According to an April 10, 2013 article on ThinkProgress.org, the Act is “a provision snuck into the emergency budget bill that essentially exempts biotech firms like Monsanto Company from judicial review.” International Business Times reports that the bill “effectively bars federal courts from being able to halt the sale or planting of GMO or GE crops and seeds, no matter what health consequences from the consumption of these products may come to light in the future.”

Mike Adams over at NaturalNews.com wrote in his March 28, 2013 article “Obama betrays America yet again by signing the ‘Monsanto Protection Act’ into law that “This new law forces the USDA to automatically approve all GMO planting permits sought by Monsanto and other biotech firms, effectively granting Monsanto dominion over the U.S. government. This is the very definition of fascism, a form of tyrannical government where corporations conspire with the government to destroy or confiscate all rights, powers and assets, leaving the people impoverished and powerless.”

So, what’s all the fuss over GMO anyway? According to an October 28, 2012 Q&A in USA Today online, there are four main reasons why people are opposed to genetically modified foods:

1) Concerns about unknown dangers to human health.
2) The concentration of corporate control over agriculture by the few companies, mainly Monsanto, DuPont, Bayer and Dow, which own the technology and patents to create these crops.
3) An increase in the use of herbicides in conjunction with herbicide-resistant crops.
4) The evolution of herbicide-resistant weeds and Bt-resistant insects because these crops are so widely planted.

I don’t know about you, but when I read articles like these, I feel hopeless and overwhelmed. How can I, as a simple citizen of the United States, ensure that the food I eat is what nature intended and not modified by scientists in any way shape or form? Don’t I have a right to choose what I grow and or put in my mouth? Can’t I save and protect my seeds on my own farm? Not if it’s across the street from a Monsanto crop.

Normally I might say, well, call your Senator or House Representative, vote on the policies that will create change. Sign petitions. Send them out. But with what I’ve been reading and hearing lately, that really won’t make a difference anyway. With 35,000 corporate lobbyists in place and the level at which corporations influence government decisions, why bother?

So what is one to do?

I recommend we follow the model of the Hawaiians. Normally known for their love and Aloha, Hawaiians are exercising their right to civil disobedience and are peacefully taking to the streets by the thousands to protest GMO foods and the influence Monsanto has on their land. Due to their location in the Pacific, the Hawaiian islands include some of the most genetically tested foods on the planet. Did you know that more than 90% of Hawaiian papaya is GMO?

The Hawaii GMO Justice Coalition is paving the way with events such as their “March in March to Evict Monsanto.” During the five weeks of March, thousands of protestors participated. Every Saturday for the entire month, peaceful protest demonstrations were launched on five islands, including: the Big Island, Maui, Kauai, Oahu and Molokai. My photos included above are from joining the group of over 2,000 protestors in Kahului, Maui. If you check-out Hawaii GM Justice Coalition, you will find a plethora of free films and videos to help you understand why the organization is dedicated to ending the GMO chemical warfare against their land, their ‘aina.

If you still think you can’t make a difference, check out “Molokai Mom,” a documentary sponsored by Hawaii Seed whereby a simple mom takes matters into her own hands, learns what she can do to get involved and aims high.

For the real news, consider arming yourself with information from one of these sites:
NaturalNews.com
ThinkProgress.org
International Business News
Forbidden Knowledge TV