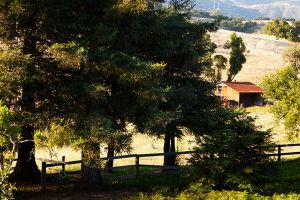 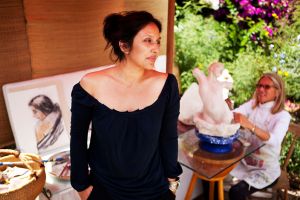 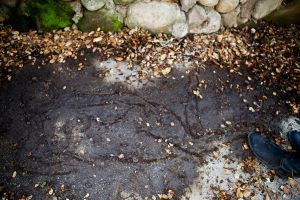 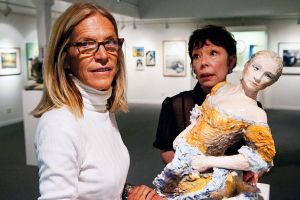 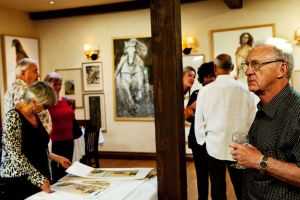 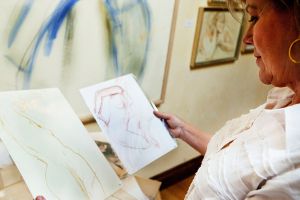 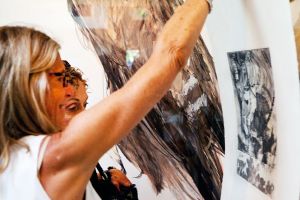 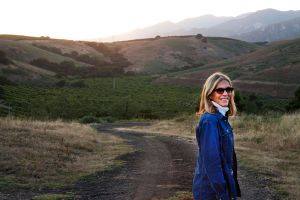 Katie Van Horne grew up with privilege. Great-granddaughter to William Stow and descendent of the Hollister family, Van Horne was raised on the largest working ranch in California during the 1950s. At the time, La Patera was more than 1,000 acres. As she showed me around the house she grew up in, The Stow House (now a public park) she recalled fond memories of riding her horses and swimming them across the lake which was part of her yard back in the day. “The horses loved it and looked forward to it, as did we,” she said.

When Van Horne was seven, her family got in a head-on collision with another car while driving on a narrow bridge, breaking her neck. Fortunately, she was not paralyzed in the accident. She said she had her first white light experience in the moment the accident took place. She now believes that having experienced trauma early on, she was more courageous than most to go after a career of her dreams rather than following her parents’ expectations to stay and work the ranch. Rather than becoming an avocado and citrus farmer (she was known as the Goleta farm girl when she was young), Van Horne went on to study art at Holland’s college, received her master’s degree in fine arts from UC Davis and lived abroad in Paris to learn her craft.

She says she started drawing and painting portraits and nudes at around aged 15-16 after the head mistress of her boarding school asked to hang a portrait in her office. Her aunty Maria Eland, a professional photographer, was also a great inspiration for her and encouraged her to go into the fine arts.

Van Horne says that her most important task is to capture a person’s inner essence, their quality of heart and grace. Her favorite instructor, Manual Neir pushed her to be bold, use more lines and most of all, to be discerning. So Van Horne chooses models that embody the pose with her philosophy and of course, have a graceful form.

Van Horne also strives to depict movement in her work in a quiet, sweet, serene and beautiful way. She never has a “prescription” for her work. She said: “If I think I know what the end piece will be when I begin, I start over.” She also said that she thinks that the grace of everyone she works with comes out when they are truly seen. That’s when their self-consciousness falls away and the most beautiful thing she loves about her work.

To me, that’s the most beautiful thing about Katie Van Horne herself, as demonstrated in this photo essay.